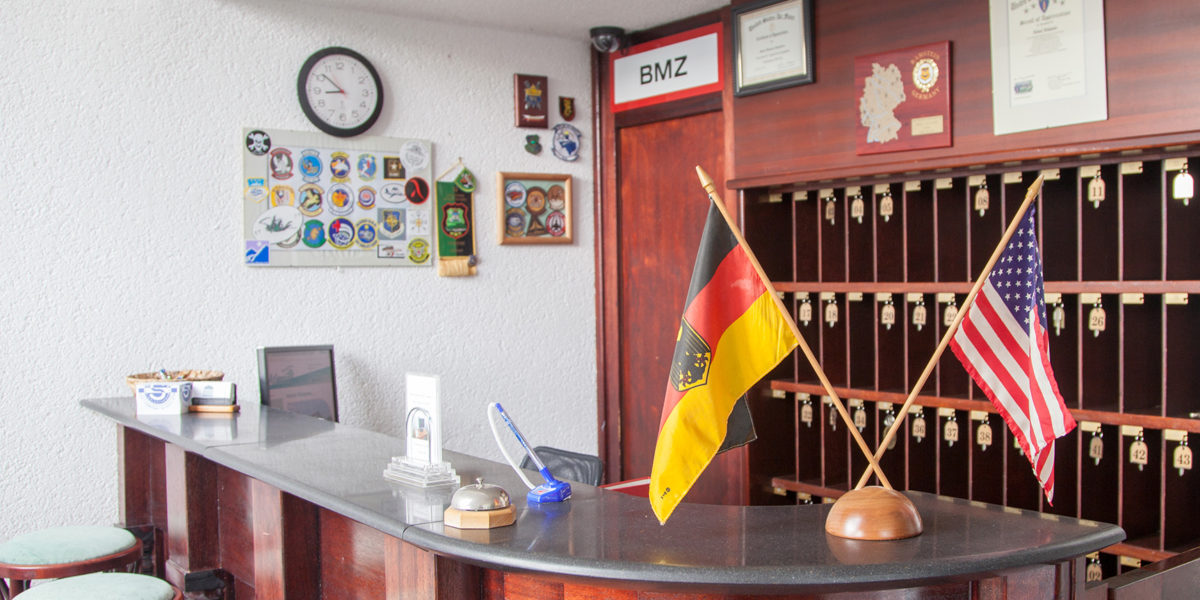 Interested in visiting Germany and the Ramstein Air Base? Our Hotel Atlantis serves as one of the closest and biggest Hotels in the city area around the Air Base. Our Hotel offers an accomodation to tourists as well as soldiers of the air base and / or their relatives that are on vacation in Europe to see their beloved ones at least once a year.

The city of Ramstein-Miesenbach is located right next to the air base and we are proud to be situated less than 2 miles away from the air base. Maybe you would like to bring along your children or even some other relatives to Germany to visit the Air Base? Worry not, the Hotel Atlantis offers single-bed, double-bed and even triple-bed rooms for your convenience so you don’t have to travel alone if you decide to bring along some more people.

The city of Ramstein-Miesenbach is worth a visit on it’s own. You will be enchanted by the medieval town that was still a village only three decades ago. It has only recently grown into a full-fledged town and you can still see the core of it all, when you visit the center of the city as well as the outer parts and the surrounding nature which is mainly used for agriculture.

Most travellers decide for an Air Base City Hotel because of their fear of the unknown or probably even the language barrier with the local folks. As a matter of fact, the city of Ramstein-Miesenbach and most of it’s inhabitants are perfectly capable of speaking english! Some would even say, the strong influence of the Air Base, both as an allied Nation as well as an important factor of the local economy, has transformed Ramstein-Miesenbach into a small version of America!

The Hotel Atlantis embraces the strong bond between both of our Nations and actively helps to shape the relationship by welcoming tourists and American citizens alike. Enjoy your stay!